Trogir is situated in the middle of Dalmatia, on the Adriatic coast. Due to its position and natural protection, it is one of the most popular sea-ports and destinations for nautical tourists. Every summer you can see the best yachts there, famous people and lot of tourists. It is a destination to spend a nice vacation, to enjoy gastro offer, to see historical beauty…

In the past, the town was one of the cultural centers of Dalmatia. Master Radovan and Ivan Lucius made famous sculptors, paintings and  architectures. The Radovan Portal was finished in 1240. and it is a unique monumental work of this great Croatian artist. The old town has been formed between the 13th and 15th century inside defense walls that were restored by Venice in the 15th century. You can see two forts that are still preserved: Castle Kamerlengo and the Tower of Saint Marc. Castle Kamerlengo is situated in the south-west side of the island from the 15th century. South of the castle is the tower of Saint Marc also from the 15th century.

The entrance into the town from the north is through the renaissance town gates from the 17th century with the sculpture of Blessed John Orsini, the patron of the town. On the main square is the cathedral from the 13th – 15th century with characteristics of both Romanesque and Gothic styles. The entrance of the cathedral holds the most valuable work of the Romanesque sculpture in Dalmatia and it is the portal of master Radovan from 1240. The most beautiful objects from the treasury are ivory Gothic triptych, embroideries and medieval illuminated codices.

Trogir is on the UNESCO list of the World Cultural Heritage as the best preserved Romanesque-Gothic town in Central Europe.

The gastronomy of Trogir is a typical Mediterranean with lots of fish and seafood, olive oil, cheese, pršut (smoked Dalmatian ham).

Two typical dishes are ‘pašticada’ and ‘rafijol’. You must try the autochthonous Dalmatian wines, like ‘Pošip’, ‘Babić’ and many others.

If you like a small town, history, Trogir is the right choice for you. 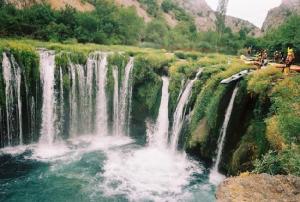 The collection of sacral works is located on the Square of Pope John Paul II and keeps the precious heritage from the churches of Trogir and Čiovo. The church of Saint Sebastian was built in the first half of the 15th century as a protection from the plague. The marble relief of Kairos is kept in the Benediction monastery of Saint Nicholas. Kairos is a divine figure representing the right and opportune moment (4th and 3rd century B.C.). 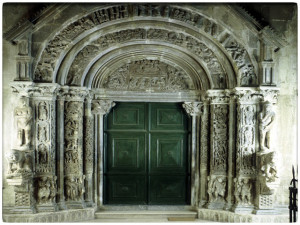