At the coast are bays with natural beaches.

The biggest bays at the north coast are Rogac and Necujam.

In the western part of the interior of Šolta there is a field approximately 6 km long and 2 km wide. The coves and inlets on the western coast are protected by the small offshore islets and cliffs; the Maslinica cove  represents a  anchoring ground and shelter for smaller yachts.

The economy of the island is based on vineyards, olives, fruit, fishing and tourism. While the main settlements (Grohote, Gornje Selo, Srednje Selo, Donje Selo) are inland, the main fishing centre is Maslinica which is exposed to only north-westerly winds, making it a good shelter for smaller boats.

Rogač is the main port and Nečujam is the centre of the island’s tourism.

Today, Šolta remains as an oasis of untouched natural beauty.

The traditional way of life is still preserved. Come in Šolta and enjoy!!

The highest peak of Šolta is the summit Vela Straža which is 238 metres high. On the north-eastern coast of the island there are the large bays of Rogač and Nečujam. The Maslinica cove represents a anchoring ground and shelter for smaller yachts. 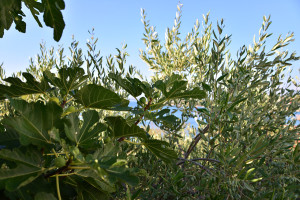 You can enjoy in disco, restaurants...

Martinis Marchi Heritage Hotel, it is a luxury on Mediterranean. It spreads across 1500 square meter ...
Inquire now

Villa Tiha is situated in the centre of the picturesque village of Nečujam on Šolta. It is a modern ...
Inquire now