A fortified village dating back to the 15th century, the island of Sveti Stefan, Montenegro is a uniquely atmospheric setting of cobbled lanes, handsome courtyards and serene sea views. A small fortified island home to beautiful 15th-century houses, this is one of Montenegro’s tourist hotspots.

The first accounts of Sveti Stefan date from 1442. It was mentioned as a coastal fort that played a significant role in a regional war and is said to have been constructed as a defense against the Turks. Because of its fortifications, Sveti Stefan was a strategically valuable place for many decades, even centuries.

It was virtually destroyed during the fourth Ottoman-Venetian War and rebuilt in the 16th century. at first, the island was solely a fortress, people began moving in in the 1800. A village was established, providing a safe home for about 400 people. In the 1930., a summer home for a royal family from Serbia was constructed on Sveti Stefan.

Sveti Stefan is exceptionally picturesque. With its terracotta-roofed houses dating from as far back as the 15th century, its rocky shores, and its lush Mediterranean vegetation, this is arguably the star attraction on the coast of Montenegro.

Sveti Stefan beach is open to the public and is a phenomenal place to spend the afternoon.

The Olive Restaurant is a casual restaurant on the mainland. The restaurant overlooks the beach and the island behind it, and it’s a nearly perfect setting.

From Sveti Stefan beach, a pleasant walking path leads north to the village of Pržno. This stunning village is home to another incredible beach.

Sveti Stefan is one of Montenegro’s star attractions.

Generous and miserly, cruel and graceful, fascinating nature of Montenegro has always aroused excitement and inspiration. Apart from the peaks, they are adorned by woods, spacious pastures, forty lakes, impetuous and clean rivers, deep and mysterious canyons. Montenegro has five national parks. Durmitor with the Tara River Canyon is part of the world natural heritage. The Tara River Canyon is on the list of international biosphere reserves. Skadar Lake collects water from the mountains intended for the Adriatic Sea. 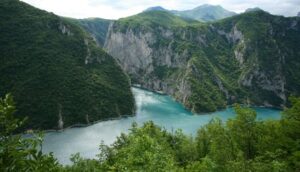 Maestral Resort & Casino is located in one of the most exclusive parts of the Adriatic coast, in the immediate vicinity of Sveti Stefan. 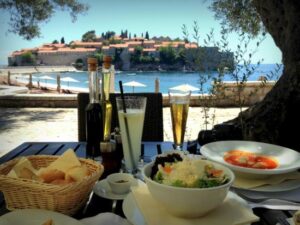 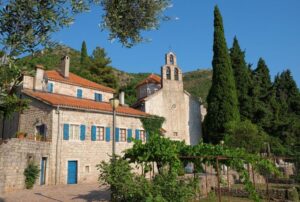 Maestral Resort & Casino is located in one of the most exclusive parts of the Adriatic coast, in ...
Inquire now

Would you like exclusive use of Villa Geba? Located in Saint Stefan, Montenegro, beautiful Villa Geb ...
Inquire now