Are you perhaps a group of friends, you want to be alone without stress, to explore Adriatic coast, it is for you.

This type of a holiday is quite an adventure. I would definitely recommend it to everyone wanting to experience real sailing. The chef prepares meals for you. This gives you a chance to taste local food and enjoy sun and sea while you are on the ship. Nice, isn’t it?
That vessel changed its look and become luxury sailboat of the first class. Beautiful Gardelin, like a bird.

For all people who love sea, enjoy the sun, love chilling on the deck and having a crew who will prepare everything for you, a gulet is the perfect choice.

Gardelin is 28m long and 6,9m wide. It has got 7 cabins and each of them has got WC and shower. The whole ship is air conditioned (saloon, rooms). The crew is consisted of captain, chef and sailor (mechanic). The ship owner has a very long experience doing this kind of work on various yachts in Monte Carlo.
Except the inner saloon, there is also the outer saloon placed on the stern.

TV, DVD, CD are also available and are also able to offer (banana-boat skiing, surfing, 2 canoes and tender Maestral 4,60 m long). Route of our cruising are from Zadar to Dubrovnik.

Included in the price:

all equipment on board

transfer to the yacht, hotel or airport

gratuities tips for the crew

Breakfast and lunch or dinner: 330€ per person

Discover Dalmatian coast, and gulet. We are waiting for you on the Adriatic coast. 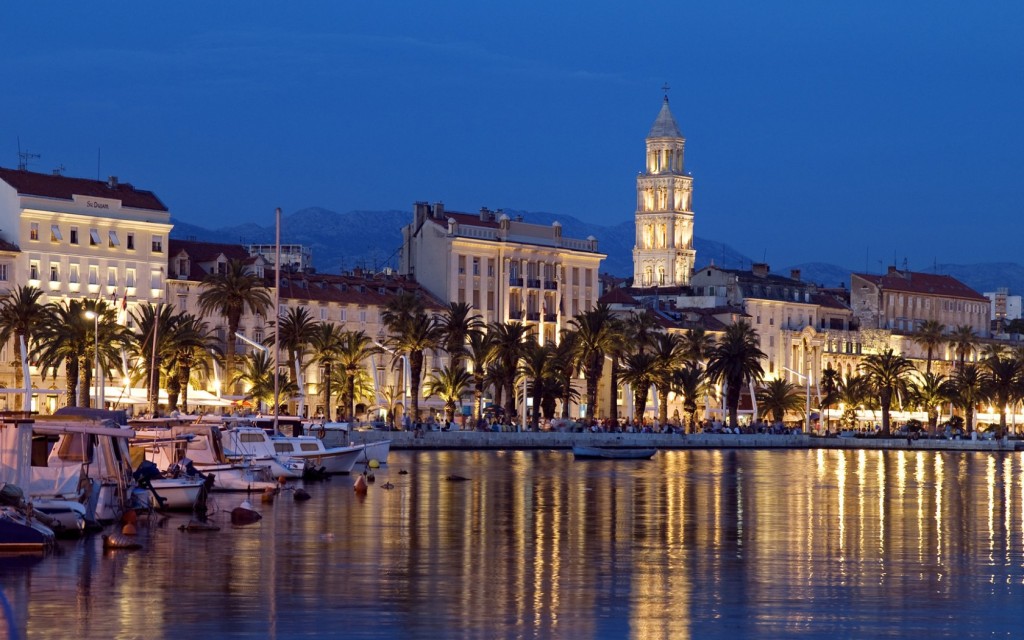 The following turbulent centuries made the palace into a town. The town overgrew the walls of the palace and its authorities kept changing – from Croatian kings in 10th century AD, Hungarian and Venetian administration, to French rulers and Austro-Hungarian monarchy.

Such past left its traces.  This mixture of historic layers brought some clumsiness and today all that makes a part of its originality.
The big city today lives by the silent beats of history, lively spirit of the young and its particular Mediterranean charm.

Marjan hill is the first symbol of the town of Split. The people of Split started the forestation of Marjan in 1852, with the planting of the first pine trees. In 1903, society “Marjan” was founded which today takes care of this nature preserve. All the visitors in Marjan can enjoy its peace and quiet, recreation and entertainment, numerous small churches, hermit refuges and natural and jogging paths. A modest zoo is great fun for children.

Prokurative is synonymous with portico, decorated promenades of cardo and decumanus, main streets of the Diocletian’s Palace.
This architectural details was used by the Venetians on their central square in front of the cathedral of St. Marco.

Bačvice is a phenomenon of nature, a sandy beach at the heart of the city, in the vicinity of the city harbor, and it can accommodate about r ten thousand people.  In springtime Bačvice turn into a split version of Copacabana where many famous soccer players first displayed their talent, where the rugby in Split was born, where even in wintertime a unique game of “picigin” is played (a sort of volleyball, played in the sea shallows with a small ball).
Bačvice today represents a best known promenade for all generations, and during nighttime is the favorite center of nightlife. 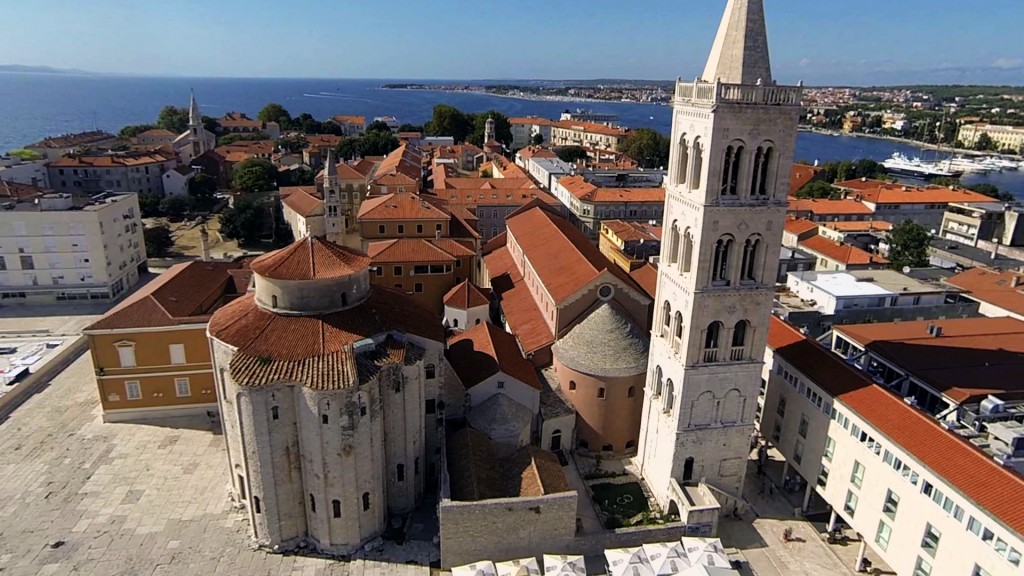 Zadar is a city located on the coast of the Adriatic Sea. It is the historical centre of Dalmatia. The city walls were built in the time of Julius Caesar. Zadar was ruled by the Romans, Byzantines, Venetians and French.

Zadar is a city with a rich history, many monuments and churches. In the city centre you can see St Anastasia Cathedral, the Church of Our Lady of Health, St Mary Church, St Krsevan Church, St Dominic Church and St Simon Church.

Alfred Hitchcock proclaimed Zadar`s sunset „the most beautiful in the world“. There is a “must see“ – the Sea Organ, sitting there on the rocky coast which has been turned into steps, you can enjoy the sounds of the sea organ. Also on offer is the view of the Welcome to the Sun which is a connection of lights in rhythm with the waves and sounds.

One trademark of the city is the ” barkarioli “ which for 800 years has every day connected the two parts of the old port. To feel the breath of the past, it is enough to walk the city park Queen Jelena.

One who comes to Zadar and Croatia will return again! 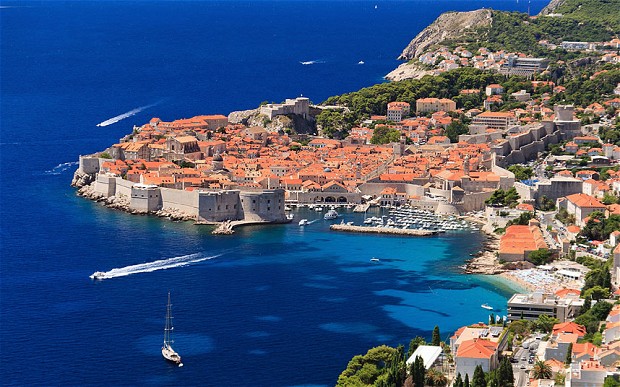 Dubrovnik is located on the thin coast strip between the high hills and the calmness of the Adriatic sea.

The ‘Pearl of the Adriatic’, on the Dalmatian coast, was an important Mediterranean sea power from the 13th century. Dubrovnik was founded in the first half of the 7th century by a group of refugees from Epidaurum, who established their settlement at the island and named it Laus. The Latin name Ragusa (Rausa), in use until the 15th century, originated from the rock (Lat. lausa = rock). Opposite that location, at the foot of Srđ Mountain, the Slavs developed their own settlement under the name of Dubrovnik, derived from the Croatian word dubrava, which means oak woods.

In 1979, the city of Dubrovnik joined the UNESCO list of World Heritage Sites.

Counting only about 35 000 people Dubrovnik is the cultural and social center of the region.

Vegetation in the region is typical, mostly Mediterranean, and it is a result of hundreds of years of human influence. As suited for a merchant harbour city, Dubrovnik mariners traveled far and wide bringing home many tropical and sub-tropical cultures, creating an interesting mixture of plant life.

The name of the most famous street of Dubrovnik is Placa (Stradun) street .

The original World Heritage site consisted solely of the defences and the intra-mural city.
It includes the Pile medieval industrial suburb,the Lovrijenac Fortress, located on a cliff,the Lazarets,the Revelin Fortress.

The island of Lokrum lies to the south-east of Dubrovnik, some 500 m from the coast. In 1023 it became a Benedictine abbey.

We are sorry, there are no reviews yet for this cruise.