We are sorry, there are no rooms available at this accommodation at the moment

Nin is a Croatian Bethlehem…yess

Nin is the oldest Croatian royal town. An exceptional type of city -church complex, it is unique in the entire Mediterranean region. Nin was one of the main settlements of the Liburnians until the arrival of the Roman conquerors, and since then the proud Municipium named Aenona. You can see the Gothic Chapel of St. Marcella, the Church of St. Ambros (13th c.), St. Cross Church (9th c.) – the smallest Cathedral in the world, the Pre-Romanesque Church of St. Nicholas (12th c).

You can come here to rest and have fun, the history will enchant you with its rich legacy of stories at almost every corner.

Nin`s sand beaches represent an ideal place for families with small children and old people to rest. The small town of Nin is located in a shallow lagoon about 14 km away from the regional center Zadar. 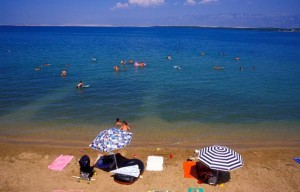 The longest and most famous beach is Queen's Beach.It is a three kilometers long beach. In its vicinity there is the largest known location of medicinal mud in Croatia. The other beaches in Nin are Ždrijac, Prodorica and Bilotnjak. 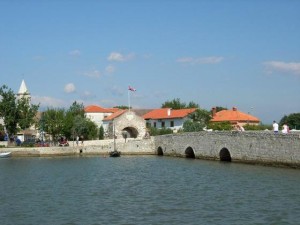 If you come to Nin on the 24th-25th August you can celebrate the unique Church festivals, the days of the Patrons of Nin, St Marcela and St Anselmo to whom the parish church, the former Cathedral (6th-18th century) is dedicated. 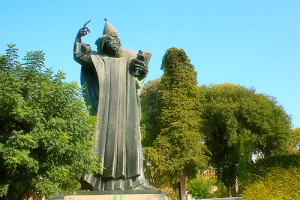 The Church of the Holy Cross called „the smallest cathedral in the world“ and it is one of Nin's symbols. It was built in the 9th century. A famous symbol of Nin is the Church of St Nicholas. It is located in the field of Prahulje and it is very important for the rulers of the Croatian dynasty and for the history of Croatia and Nin. Seven Kings were crowned in Nin. The Church of St Ambrose from the 13th century is a beautiful single-nave church. The parish Church of St Anselm is located in the centre of Nin. It was built in the 6th century. The Church Holiday of Our Lady of Zečevo is celebrated on the first Monday before the holiday of Ascension. After the Holy Mass, a procession begins in the streets of Nin, which are festively decorated for this occasion.